Panama is one of the world’s greatest retirement and investment destinations. Panama offers certain advantages over every other Central and South American destination as in Taxation, low cost real estate and immigration programs.

Additionally, you’ll find some of the world’s most beautiful mountain, beachfront, and island properties.  Panama has a stable government and a stable currency (pegged to the U.S. dollar since 1904). In other words, this country is the exception to the rule in Central America. “Panama has stood apart, sustained by its canal, banks, and free-trade zone, and is the most beautiful retreat in the world and almost undiscovered,” claimed Harper’s Bazaar.

“Known mostly for its canal, Panama is, in fact, an undiscovered tourist paradise,” stated a travel article in The Boston Globe. Living and retiring overseas, something that was once reserved for a few adventurers, is now a real option in Panama..! 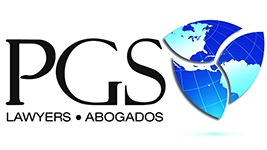